The internet of things devices connect over the use of internet, and are equipped with multiple sensors depending on the product, in order to transmit data to other devices. They can usually include wireless sensors, computer devices, actuators, software, and others. Every IoT component possesses a unique identifier (UID), and hence can transmit without any human intervention. In addition, they collect critical data from these sensors, which can then be transferred into remarkable insights to enhance the overall efficiency of manufacturing operations.

The major driving factors of the IoT devices market include a significant surge in demand for consumer electronics such as smartphones, tablets, laptops, and others. In addition, increase in the adoption of 5G technologies, especially in developed countries has boosted the growth of the market. On the other hand, lack of standardization in the internet of things protocols is expected to hinder the growth to some extent. However, increase in spending on IoT technologies by end user, availability of advanced telecom infrastructure and increase in the standard of living among people are expected to create remunerative opportunities for the market.

The outbreak of COVID-19 had a negative impact on the growth of the global IoT devices market. Owing to the stringent lockdown restrictions imposed by governments of various countries, there was a slowdown in the hardware component supply. Thus, the supply chain of various components such as chips, sensors, and processors was severely impacted. In addition, closure of manufacturing facilities and reduction in workforce further aggravated the impact on the market.

Based on component, the sensors segment held the largest market share in 2021. Owing to the rapid reduction in the sensor size and high adoption of microelectromechanical systems (MEMS) technology.

Based on connectivity technology, the cellular segment held the largest market share in 2021, and is expected to maintain its dominance during the forecast period. This is mainly due to the rise in penetration of smartphones across emerging economiesIn addition, cellular IoT is the technology that connects physical objects to the Internet utilizing the same cellular network that is currently used by smartphones.

Based on region, the market across North America held the largest market share in 2021. U.S remains a significant participant in the global IoT devices industry. Major organizations and government institutions in the country are intensely putting resources into the technology, which in turn majorly contributes to the region. The Asia-Pacific region, on the other hand, is expected to cite the fastest CAGR during the forecast period.

KEY FINDINGS OF THE STUDY 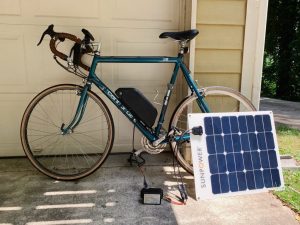